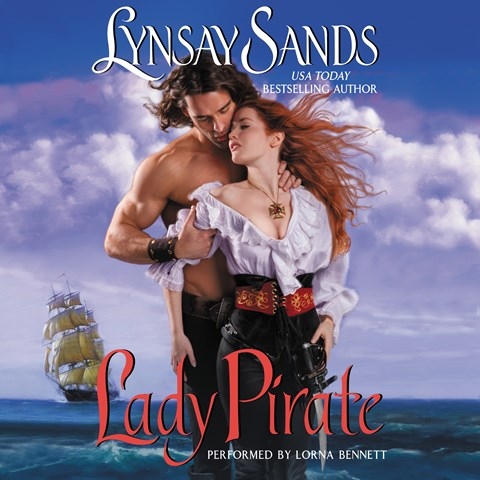 Narrator Lorna Bennett excels at every voice in this madcap tale of making a "lady" out of a "lady pirate." Lady Valoree Ainsley has been masquerading as the dreaded pirate "Captain Red," in hopes of amassing enough treasure to reclaim her family castle and let her meddlesome but endearing crew retire there. When she learns she must marry a nobleman and become pregnant to claim her legacy, and then meets a handsome and dashing aristocrat in the same situation, the romantic sparks and the belly laughs fly. Bennett is a wizard at portraying British characters, putting just the right sneer in the voices of the haut ton and just the right whine in the less privileged and very humorous Cockney characters. A.C.P. © AudioFile 2016, Portland, Maine [Published: SEPTEMBER 2016]