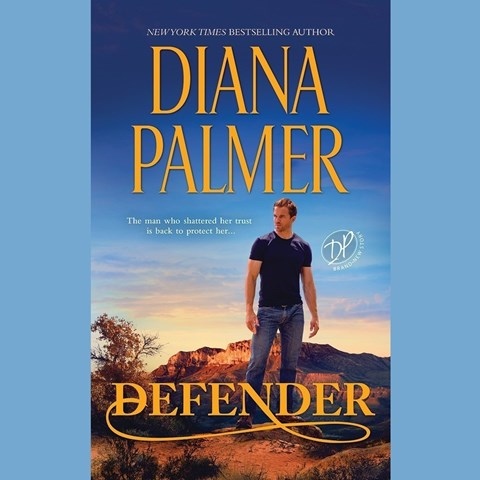 Once again, narrator Todd McLaren takes listeners to Jacobsville, Texas, in the latest contemporary romance in the Long, Tall Texans series. Paul Fiore is head of security for heiress Isabel Grayling's father. Unbeknownst to Paul, Isabel is kept practically a prisoner by the abusive man. Soon, though, Paul disappears from Isabel's life. They're brought back together when Paul is working for the FBI. McLaren's smooth voice lends itself to the story. Palmer brings in many of her past characters, and McLaren handles the various voices with ease, particularly Paul's New Jersey accent. Listeners don't need to be familiar with the series to enjoy McLaren's reading. S.B. © AudioFile 2016, Portland, Maine [Published: AUGUST 2016]