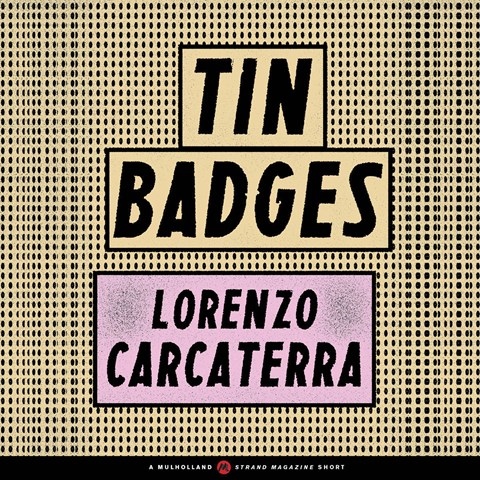 Lorenzo Carcaterra's short story, part of Mulholland Books's Strand Originals series, puts a twist on the traditional police procedural. Tank, who retired early from the NYPD, now takes cases from them as a freelancer. In TIN BADGES he's investigating the death of a girl whose body is discovered decomposing inside a cooler. Kevin Stillwell's expert narration teases out the regional characteristics of Carcaterra's protagonist, as well as his sincerity and dedication to his work. Stillwell is also keenly tuned into the seriousness of Carcaterra's plot, extending fitting gravitas through perfect pacing and a sedate tone. Finally, his contrast in characterizations, especially between Tank and his nephew, highlights the rich themes found in this short but powerful listen. J.F. Winner of AudioFile Earphones Award © AudioFile 2016, Portland, Maine [Published: JUNE 2016]