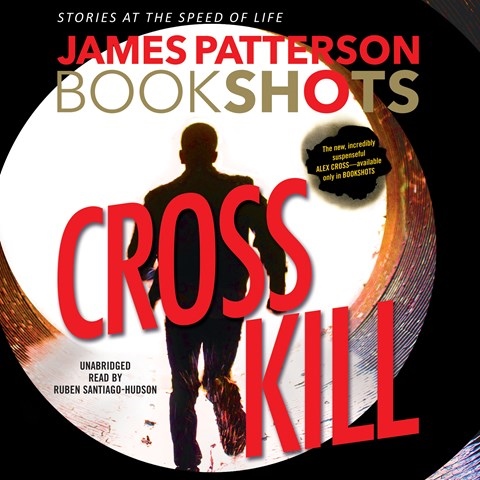 With style and gusto, Ruben Santiago-Hudson narrates this audiobook for BookShot, a new series of short works from James Patterson. Dr. Alex Cross witnesses his partner of many years, John Sampson, gunned down by villain Gary Soneji, who was supposedly killed by Cross 10 years earlier. Santiago-Hudson's pacing and tone reflect the emotional stress of the characters, especially Cross’s, as he struggles to find out who’s behind the attack. Cross's wife wants to believe that Cross saw what he says he saw, but she’s certain that Soneji is dead. Santiago-Hudson gives depth to the drama as the search for a dead man involves many twists and turns. Building the tension in this thriller, Santiago-Hudson imparts a rich canvas of voices for its diverse characters. S.C.A. © AudioFile 2016, Portland, Maine [Published: AUGUST 2016]