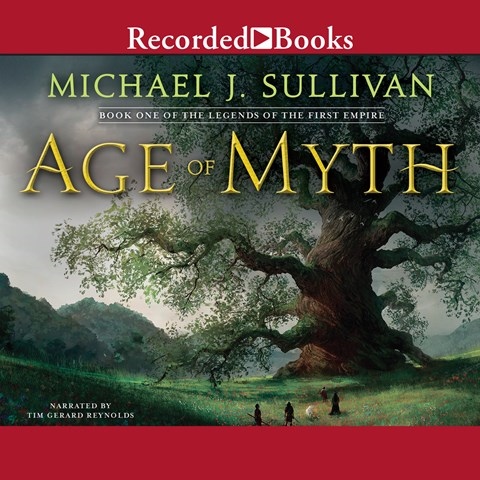 AGE OF MYTH The Legends of the First Empire, Book 1

Author Michael Sullivan and narrator Tim Reynolds team up again for a series that serves as a prequel to the Riyria series. The first in the new five-volume Legends of the First Empire begins with an event that threatens to reshape the world: A god is killed by a human. One of the hallmarks of Sullivan’s books is a broad cast of characters who interact in a variety of ways. There too lies the strength of Reynolds’s narration. The dynamic relationships between the characters, including their friendly verbal sparring, are the foundation of his performance. As the characters develop in confidence and independence, Reynolds reflects their changes in attitude. He sets a strong pace and maintains a sense of forward motion. J.E.M. Winner of AudioFile Earphones Award © AudioFile 2016, Portland, Maine [Published: AUGUST 2016]