Home»Reviews»THE LEGENDS OF THE FIRST EMPIRE 5 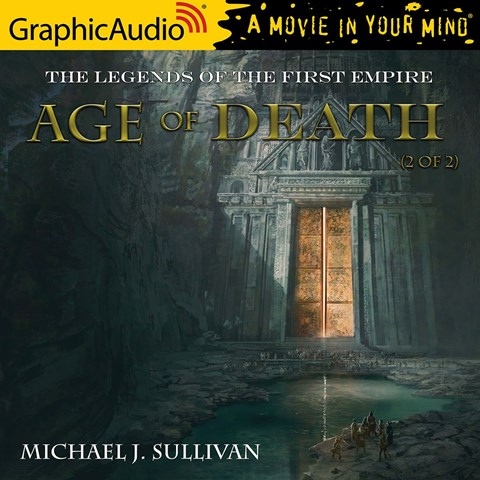 by Michael J. Sullivan | Read by Terence Aselford and a Full Cast

GraphicAudio narrator Terence Aselford takes the lead in this tale of battle in the lands of the dead. The characters flex their powers as they traverse these lands, battling beasts while protecting the dragons from their enemies. The full cast portray a host of characters and deliver a myriad of accents as they trudge, fight, argue, die, and are reborn in magical realms drawn from the underworlds of the Romans, Celts, and Norse people, as well as the works of Dante and even Milton. Sound effects are a constant in this tale of war; sleet, hail, clanging swords, zip lines, and noisy terrain sometimes overwhelm the dialogue. Listeners new to the series will find there's little backstory in this episode. M.B.K. © AudioFile 2020, Portland, Maine [Published: DECEMBER 2020]