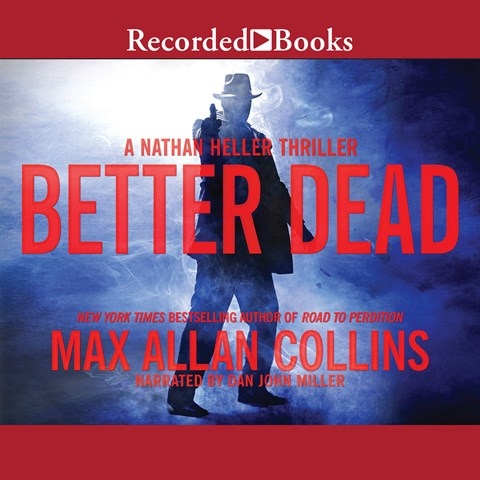 Within 10 minutes, listeners know the plot of this noir mystery, narrated by gravel-voiced Dan John Miller. The story is set during the Communist witch hunts of the early 1950s and includes as characters Senator Joe McCarthy, Robert Kennedy, and other famous people from that era. When Nathan Heller, P.I. to the stars, is hired by Dashiell Hammett and friends to investigate the truth behind the Rosenberg espionage case, he must navigate rocky political shoals. Miller's performance is full of broad Boston accents, gritty P.I. speak with plenty of innuendo, and the incessant paranoia of McCarthy and his fellow HUAC prosecutors. As Heller goes undercover working for McCarthy, he weaves between the Rosenbergs, secrets, and conspiracies. Miller's dramatic narration brings alive this chilling period of history. M.B.K. © AudioFile 2016, Portland, Maine [Published: OCTOBER 2016]