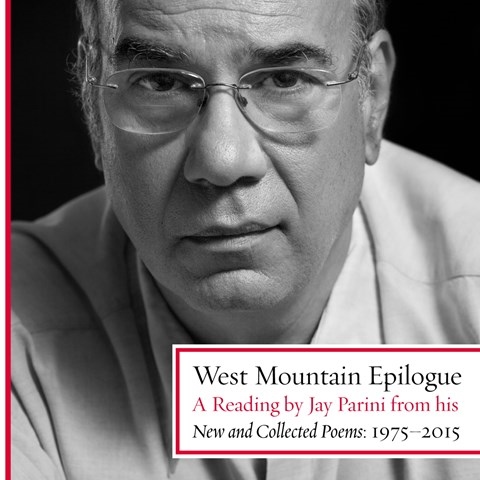 WEST MOUNTAIN EPILOGUE A Reading by Jay Parini from His New and Collected Poems: 1975-2015

In most recordings of poetry, the poet reads the text, and that’s all. In this audiobook, however, Jay Parini selects poems from his book and introduces them, just as he would standing in front of an audience. In any recording, we get the poet's interpretation of how the poem should be read, but here we also get some thoughts about what inspired each poem and, sometimes, why it has the shape it has. Parini's excellence as a poet adds to the enjoyment. And since the audiobook is Parini's new AND collected poems, this selection gives us a portrait of a talented and mature poet's full career—so far. D.M.H. Winner of AudioFile Earphones Award © AudioFile 2016, Portland, Maine [Published: AUGUST 2016]