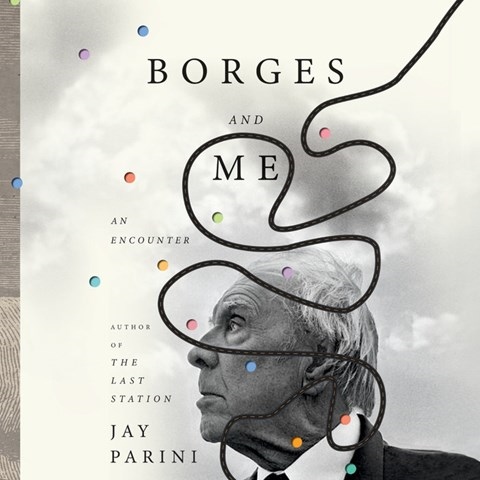 BORGES AND ME An Encounter

The audiobook form isn't kind to Jay Parini's memoir of touring the Scottish Highlands with the blind Argentinian writer Jorge Luis Borges in the 1970s. Narrator Fred Sanders does a satisfactory job rendering Parini's retrospective tone, and his Scottish speakers are convincing. But his female voices and, especially, his voice for Borges ring false. Parini says his narrative was first conceived as a film, and it contains some striking visual elements: Parini losing Borges in a Scottish labyrinth, Borges overturning their rowboat in Loch Ness, the two being surprised by Culloden battlefield reenactors. But Borges, whose voice occupies a substantial portion of the narrative, comes off as nattering and inconsequential, hardly the wise and empathetic figure Parini means to convey. D.A.W. © AudioFile 2020, Portland, Maine [Published: SEPTEMBER 2020]