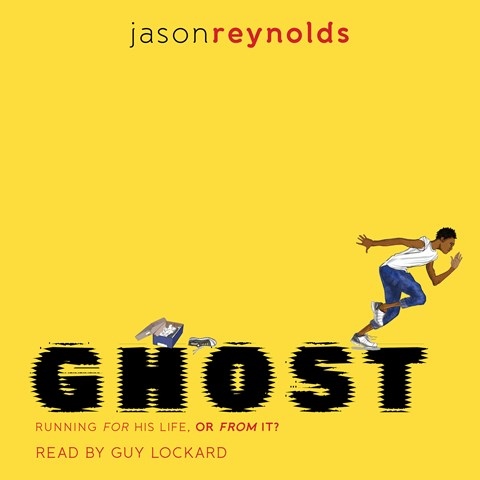 Narrator Guy Lockard captures the emotions in this story. Middle-schooler Castle (nicknamed “Ghost”) has been running for three years. It all began the night his father threatened him and his mother with a gun. But running takes on a different meaning when he’s recruited for a track team coached by a former Olympic recruiter. Lockard maintains a good balance between the story’s humor and Ghost’s hidden dark thoughts. Lockard also creates convincing portrayals of the male mentors who care about Ghost, who wants to live up to their expectations and his own desire to be an athlete—even as these goals conflict with his self-protective tendencies to lie and fight. Listeners can look forward to more adventures, for this is the first in a series. S.W. © AudioFile 2016, Portland, Maine [Published: SEPTEMBER 2016]