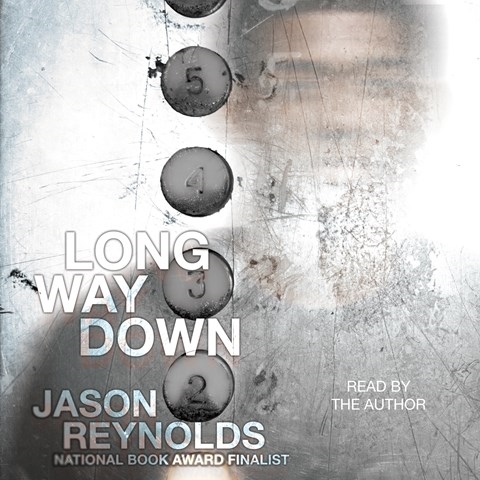 This novel in verse, made to be read aloud, makes a compelling case for gun control. Its potency is increased by the narration of author Jason Reynolds, which buoys listeners through the intense linked stories. Three poems into Will Holloman's first-person narrative, one learns about his brother. Shawn is funny, tells stupid jokes, and "was shot . . . and killed." Reynolds excels at delivering dramatic pauses in the short poems, which are packed with sensory details and emotions that anchor listeners even as they stun with painful beauty. Will enters a mystical elevator, a gun sticking out of his pants like a "steel tail," his grief mixed with a desire for vengeance. As if the raw poignancy isn't enough, Reynolds's rich voice transports listeners to a strange reality in which Will is transformed by those from his past who have been killed by the very kind of violent act he is contemplating. S.W. Winner of AudioFile Earphones Award © AudioFile 2017, Portland, Maine [Published: NOVEMBER 2017]