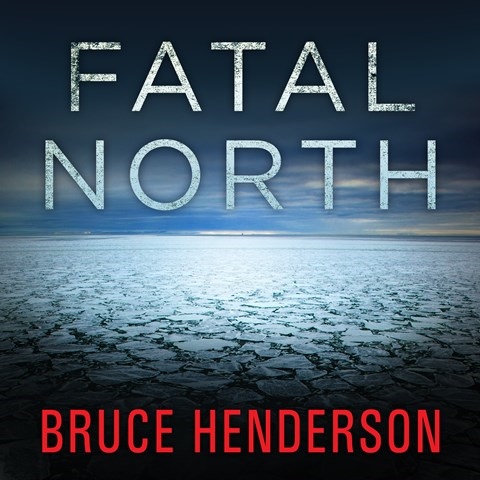 John Pruden provides a workmanlike narration of this true-crime work. The first official American expedition to the North Pole launched in 1871. Its survivors straggled back to home soil two years later without their captain. Nearly one hundred years later, the captain's grave in Greenland was opened by scientists, and an autopsy revealed arsenic poisoning. Pruden delivers a brisk narration but falls short of enhancing the historical detail with embellishment of the characters, despite the author's meticulous depictions of the surviving crew's horrifying tales of incompetence, insubordination, and even murder. Inconsistent pauses between sections are disruptive as the account jumps between various points of view and timeframes. The story is fascinating, but Henderson's thorough research and engaging storytelling are not enhanced by this production. N.M.C. © AudioFile 2016, Portland, Maine [Published: DECEMBER 2016]