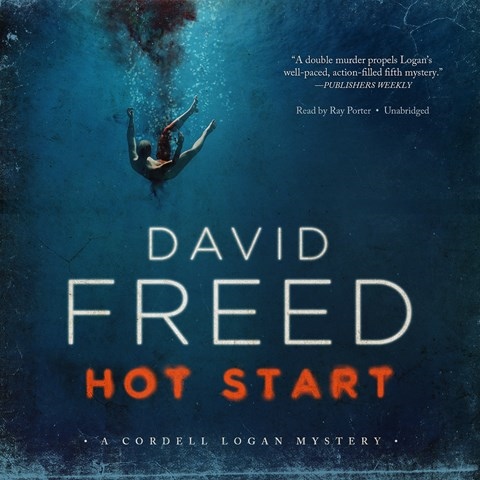 Flight instructor Cordell Logan is once again drawn into the high-stakes activities of his former life as an assassin, in this fifth installment of the snappy whodunit series. Ray Porter's conversational style of narration beautifully portrays Logan's cheeky humor and first-person introspection. Logan is asked to investigate the murder of a wealthy big-game hunter and his wife because the animal rights activist who has been arrested for the crime is a distant family connection to Logan. The bullets start to fly when he stumbles into a complex web involving a congressman and a European crime syndicate. Porter voices each character distinctly and depicts female characters particularly well. The Czech prostitute seems just as charming as Logan's delightfully peculiar landlady. N.M.C. © AudioFile 2016, Portland, Maine [Published: OCTOBER 2016]