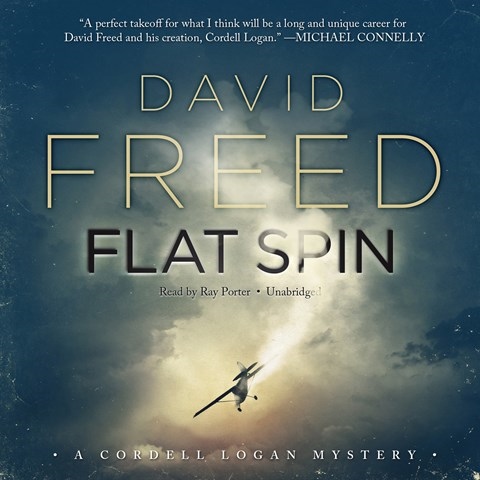 FLAT SPIN may be one of the funniest books of the year. Narrator Ray Porter guides listeners through this captivating mystery involving divorced flight instructor Cordell Logan. His wife has remarried, and her husband, an ex-military comrade of Logan’s, is murdered. Logan is reluctantly convinced by his ex-wife and her father to solve the case. Porter’s cynical portrayal of Logan as a Buddhist-in-training is great fun. Further, Porter’s convincing characterizations of Logan’s flight students, motherly landlord, and indifferent cat also make the story soar. This is the first work of fiction by Freed, a Pulitzer Prize winner for journalism—but hopefully not his last. S.C. © AudioFile 2012, Portland, Maine [Published: JULY 2012]