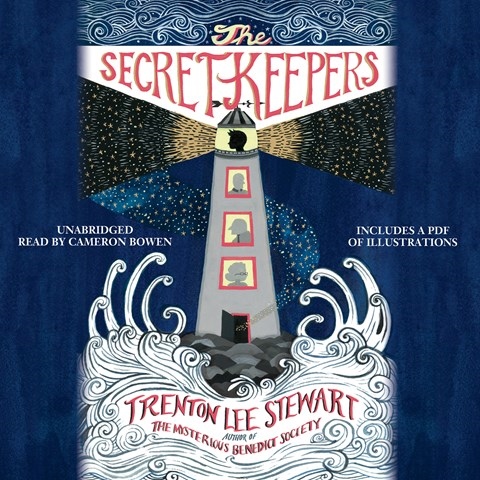 Opening with the sound of a ticking clock, this audiobook introduces the atmosphere of mystery that surrounds an unusual "clock-watch," which holds many secrets. While darker and more ominous than Stewart's usual fare, the book does include the puzzles his fans eagerly expect and enjoy solving. Cameron Brown's narration enhances the story's atmosphere. He employs clear enunciation and expert pacing to immerse the listener in Reuben's mind as he puzzles his way through the mystery. Brown's performance will engage young listeners who enjoy being on tenterhooks and feeling deliciously scared as they inhabit a dark world. He uses inflection to give unique voices to the many characters. Mrs. Genevieve, Reuben's moral compass, is especially well voiced with an appropriately foreign but grandmotherly accent. N.E.M. Winner of AudioFile Earphones Award © AudioFile 2016, Portland, Maine [Published: DECEMBER 2016]