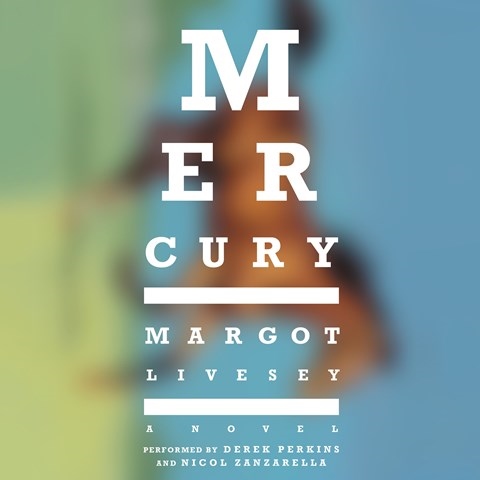 Margot Livesey's latest work explores blindness in both its literal and figurative manifestations. Narrator Derek Perkins performs wonderfully as Donald, a Scotsman who is transplanted to Boston. Donald is an ophthalmologist with perfect vision--except where his wife, Viv, is concerned. Donald fails to notice Viv's obsession with Mercury, a thoroughbred stallion she believes is her chance to make a name for herself. Narrator Nicol Zanzarella delivers Viv's sections in an agitated, sincere tone that is perfect for the high-strung middle-aged woman whose insights never touch on her own personal problems. Perkins and Zanzarella deliver convincing performances as a violent act brings devastation in this convoluted drama, which is less about a horse than about the erosion of trust due to secrets, lies, and willful blindness. Intense listening. S.J.H. © AudioFile 2016, Portland, Maine [Published: OCTOBER 2016]