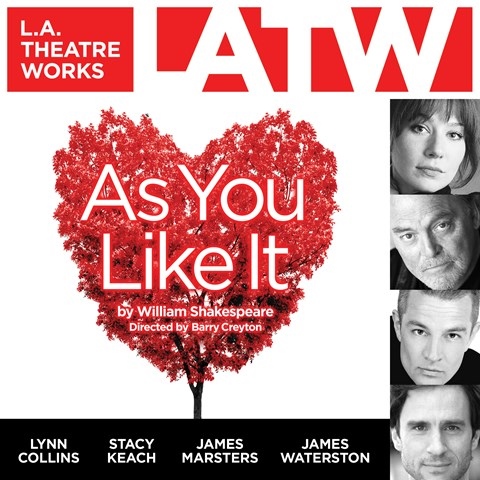 Chancing upon love and mischief in the fabled Forest of Arden, Lynn Collins and James Waterston--as the irresistible Rosalind and Orlando--romp along with the rest of the LATW ensemble in this spirited version of one of Shakespeare's most popular comedies. Stage and film veteran Stacy Keach takes a nice turn as the gruff and perceptive philosopher Jaques, who performs some of the most famous lines in theater history--"All the world's a stage . . ." But the scene-stealer in this show may be singer-songwriter Summer Spiro, who contributed and performs a few original tunes for this live production. With its wordplay and classic rhythms, Shakespeare's work is always a perfect fit for audio drama. B.P. © AudioFile 2017, Portland, Maine [Published: MARCH 2017]