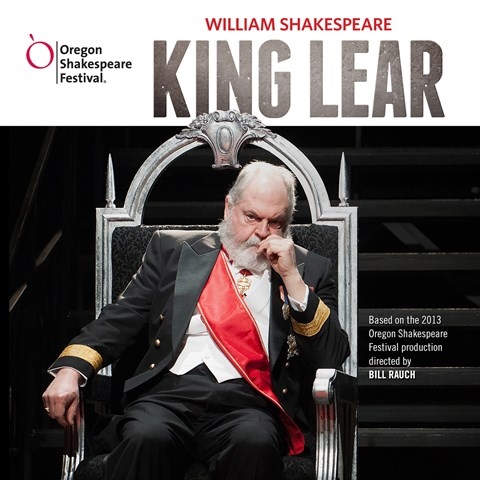 An aging and powerful monarch chooses to cede his vast kingdom to only two of his three daughters. Madness, familial intrigue, and political devastation ensue. By sticking to their American accents and vocal rhythms, Michael Winters (King Lear) and the entire Oregon Shakespeare Festival cast bring emotional freshness, ease, and clarity to the dense and heightened language and classic characters of this cornerstone of world literature. Well-mixed transitions, percussive music, and intense and convincing sword and battle sound effects add layers to the production, making it sound more film-like than stage-like. “Ay, every inch a king: When I do stare, see how the subjects quake.” A solid and well-spoken interpretation of a time-honored classic. B.P. © AudioFile 2014, Portland, Maine [Published: JULY 2014]