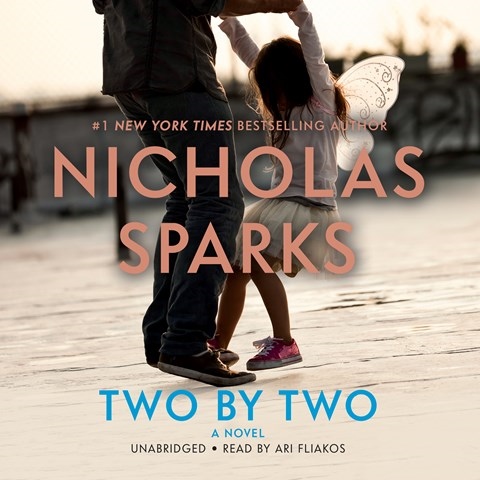 Tragedy doesn't strike in the usual Nicholas Sparks way in this book, that mourns the disintegrating marriage of Russell and Vivian. Narrator Ari Fliakos neither hinders nor elevates a story of marital discord that is slow to find its footing. There is a reprieve in Fliakos's rendering of the couple's young daughter; squeals of happiness and defiant hollers break up the couple's repetitive fights. Fliakos also does a good job of voicing Russell's father, whose simplistic and loving nature is portrayed through Fliakos's cadence. The other characters are well depicted, and, never fear, true love is never far away in any story written by Sparks. A.L.C. © AudioFile 2016, Portland, Maine [Published: NOVEMBER 2016]