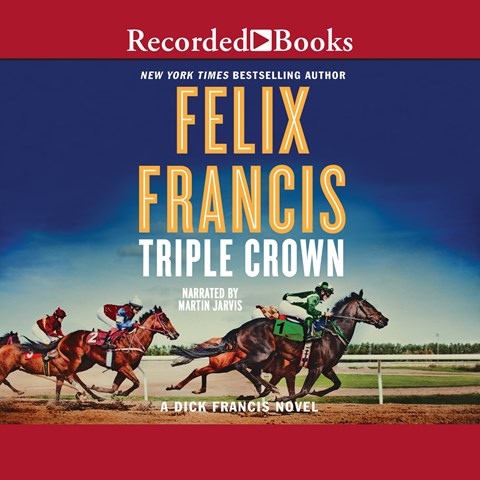 Martin Jarvis returns to narrate this whodunit, written by the son of the late Dick Francis. Jefferson Hinkley of the British Horseracing Authority takes on a special assignment in the U.S., endeavoring to uncover corruption in American thoroughbred racing circles. Jarvis’s posh British voice is a good fit for the patrician horseracing set across the pond, and he adds delightful characterizations for the more down-to-earth Brits hanging around the barns. But this story takes place in the U.S., and his American accents are not quite plausible. Perhaps Jarvis’s slightly muddled U.S. characters are suitable for the author’s underlying America-bashing theme. But the narration is crisp and well paced, allowing the listener to enjoy an interesting behind-the-scenes yarn about the high-stakes world of the Triple Crown. N.M.C. © AudioFile 2016, Portland, Maine [Published: NOVEMBER 2016]