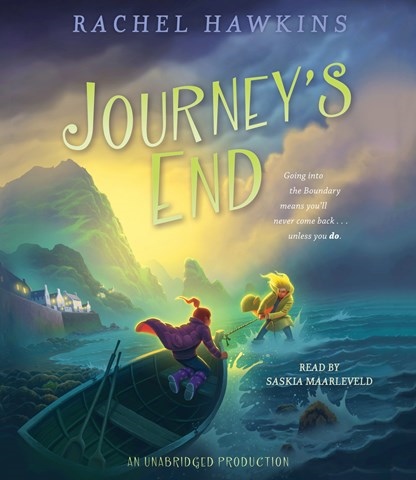 A magical adventure in which a strange fog threatens to consume a fishing village in Scotland needs a dynamic voice to narrate. Saskia Maarleveld meets that challenge with relish. Nolie, a spunky ghost-hunting 12-year-old from Georgia, joins her father, a scientist, as he studies the fog, known locally as the Boundary. When she befriends Bel, a local girl, and together they meet a boy who was apparently lost in the fog a century earlier, the fog moves closer. Maarleveld effortlessly blends the characters' American and Scottish accents and nails the differences between the Scottish of today and that of the early 1900s. As Nolie, Maarleveld is persuasive in convincing Bel to help vanquish the fog and charmingly enthusiastic as Albert gleefully takes to the new century he finds himself in. M.F.T. © AudioFile 2016, Portland, Maine [Published: DECEMBER 2016]