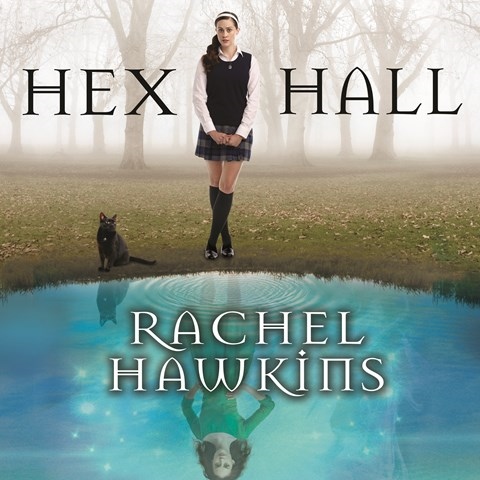 A love spell gone wrong lands Sophie Mercer in Hecate Hall. Hecate, or Hex, Hall is a reform school for magical teens whose powers are out of control. Everyone believes that Sophie’s vampire roommate, Jenna, is attacking witches, but Sophie believes a demon is to blame. Cris Dukehart handles the school’s cast of characters deftly, giving Sophie’s warlock crush, Archer, an impish voice. She conveys the book’s teen appeal with youthful voices for Sophie and her roommate, Jenna. Dukehart also does her best to smooth over some plot improbabilities with realistic dialogue. It’s unfortunate she consistently mispronounces “Hecate.” Also, the recording sounds a little muffled, and volume levels vary. But teens will likely overlook recording inconsistencies to focus on Sophie’s intriguing magical problems. C.A. © AudioFile 2012, Portland, Maine [Published: SEPTEMBER 2012]