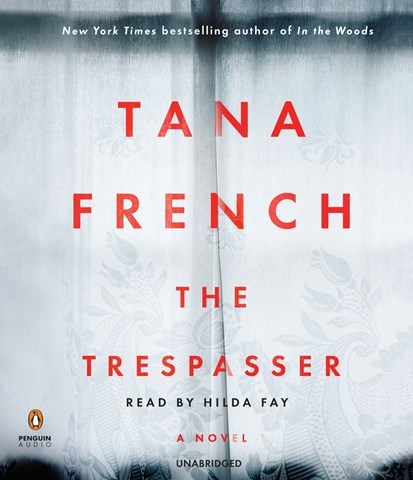 Since Tana French's marvelous Dublin Murder Squad novels have different protagonists, it makes sense that their audio versions are handled by different actors. In the newest entry, Hilda Fay gives a keenly considered performance in the voice of Antoinette Conway, the much-harassed only woman on the Murder Squad. Conway is often her own worst enemy, but that is not to say she does not face some serious and devious undermining as she works to resolve what looks like a routine domestic case, but isn't. Subtle distinctions among Irish accents play a fascinating part in Fay's performance. Only one character, Detective Breslin, has a speech pattern that seems made of spare parts, and this does little to distract from the power and pleasure of the overall experience. B.G. © AudioFile 2016, Portland, Maine [Published: OCTOBER 2016]