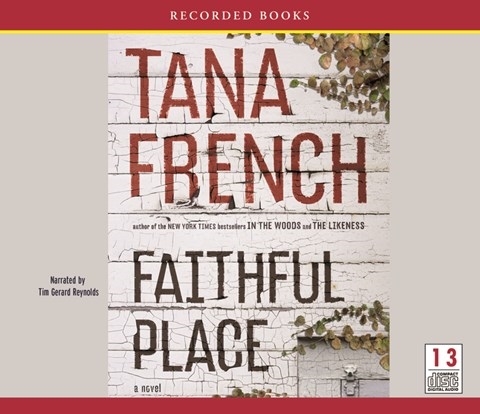 Undercover cop Frank Mackey’s rueful return to the neighborhood and family he fled 20 years before is surely gripping on the page, but hearing French’s third suspense novel is unstoppable. Tim Gerard Reynolds delivers local Dublin accents and slang with astonishing skill. He’s fluid at making the searing dialogue full of rage and regret yet controls it for maximum impact. The cold case that brings Mackey home entwines the listeners with the emotions of young love and youth, the dreams of escape from dysfunctional families, and the harsh realities of dead-end lives. Reynolds is a talent to watch not just for his language skill, but also for his ability to evoke the author’s emotional power. Fans of crime fiction should not miss this audiobook. R.F.W. Winner of AudioFile Earphones Award. © AudioFile 2010, Portland, Maine [Published: SEPTEMBER 2010]