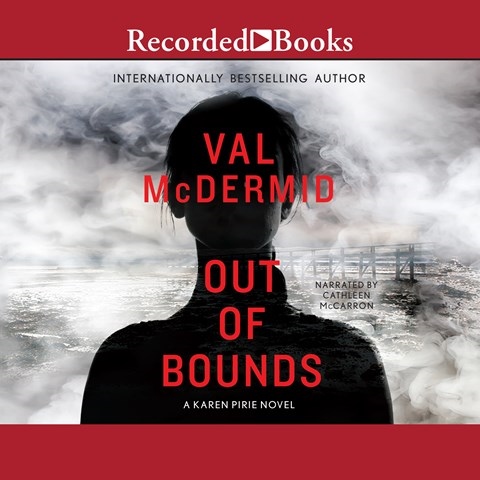 OUT OF BOUNDS Karen Pirie, Book 4

Edinburgh crime and its stone-cold criminals are the focus of McDermid's newest DCI Karen Pirie novel. Narrator Kathleen McCarron's lilting voice and Scots burr help establish the atmosphere in this lengthy police procedural. McCarron's intelligent grasp of subtlety and nuance make this novel something special. After a night of drinking, 17-year-old Ross Garvie and his pals steal a car and take off on a high-speed joy ride that ends in a crash that kills his companions and leaves Garvie in a coma. When his DNA triggers a familial match to the twenty-year-old cold case of a hairdresser who was brutally raped and murdered, Pirie attempts to locate Garvie's male relatives. McCarron offers a determined, prickly heroine who is undaunted by the obstacles she encounters. S.J.H. © AudioFile 2017, Portland, Maine [Published: MARCH 2017]