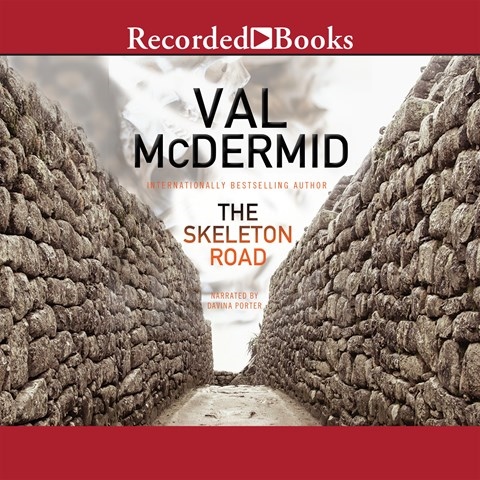 Val McDermid's stand-alone novel crosses geographical boundaries: a crime in Scotland, persons of interest in England, and possible ties to the Balkans. Davina Porter's narration consistently maintains the authenticity of the accents and clearly distinguishes among the subplots. However, McDermid is known for her strong characters--especially women--and Porter's portrayal weakens them beyond the vulnerabilities McDermid exposes. While Detective Karen Pirie exhibits great patience with her subordinate officer, she comes across more mother than mentor. Porter's tone works somewhat better with Professor Maggie Blake, but additional edginess for both women would better reflect their life experiences and personal strengths. Despite this minor drawback, the thriller excites, and the audio will keep listeners fully engaged. J.F. © AudioFile 2015, Portland, Maine [Published: JANUARY 2015]