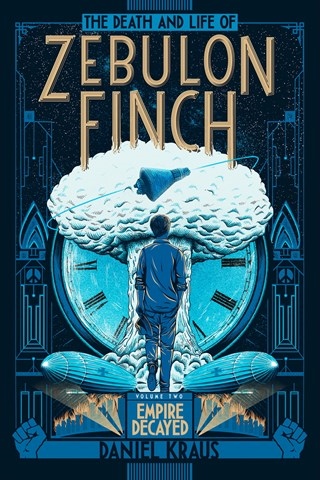 Skilled narrator Kirby Heyborne brings surprising and nuanced humanity to the role of Zebulon Finch, a boy who is mysteriously resurrected after having been killed at age 17 in 1896. Heybourne captures all of Zebulon's eccentricities that manifest as he struggles his way through the major events of the twentieth century. Heyborne is both earnest and sarcastic, witty and vulnerable, misanthropic and attached. He skillfully shifts between the slower pace of Zebulon's musings on the nature of mankind and the quick, high-tension moments of action. The smooth but articulate quality of Heyborne's voice is naturally suited to Kraus's simultaneously lyrical and tongue- in-cheek prose. E.M.C. © AudioFile 2017, Portland, Maine [Published: FEBRUARY 2017]