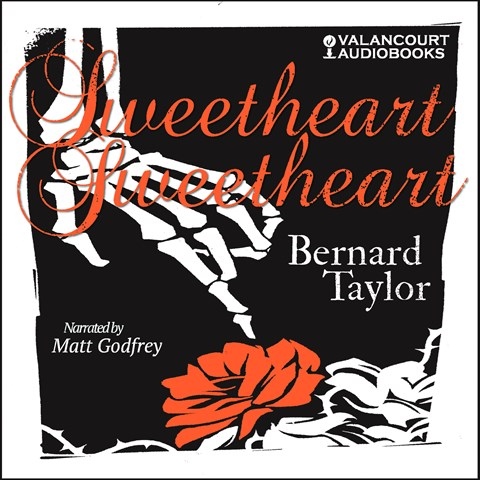 Narrator Matt Godfrey's adept presentation of slow-building tension is chilling as it belies this audiobook's romantic title. When he returns to England from New York, David Warwick is shocked to learn that his newly wed twin brother, Colin, and his wife, Helen, have both been killed in separate accidents. Godfrey excels with the first-person conversational style, diverse English accents, and a well-rendered American accent, which enliven this horror story. Vivid descriptions of the beautiful rural setting contrast with a violent and growing terror as Warwick realizes that no one and nothing are as they seem. Most heartrending is hearing how Warwick's subconscious responds at the moment of Colin's murder. Listeners will remain on edge until the unexpected denouement. S.G.B. © AudioFile 2017, Portland, Maine [Published: MARCH 2017]