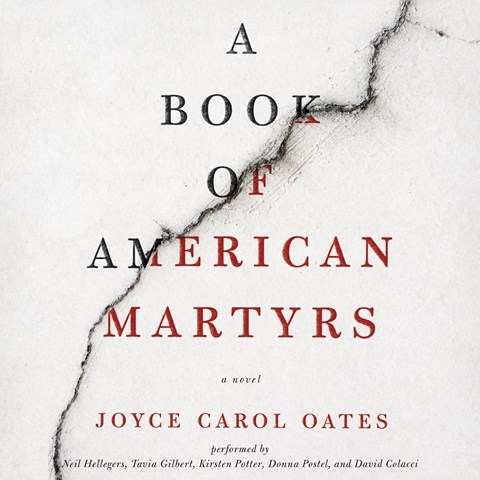 A BOOK OF AMERICAN MARTYRS

Oates's novel gives listeners a well-timed and insightful look at the mental state of a zealous evangelical who kills a doctor who performs abortions. In this moving attempt to tell the story in an all-encompassing and objective way, narrators Neil Hellegers, Tavia Gilbert, and Kirsten Potter portray intertwined families as they cope with the assassination. A remorseful tone permeates the ensemble narration, especially in the portrayals of both main characters, whose fervent belief in their missions is frightening. Empathetically depicted as heartfelt warriors, they personify one of our nation's most polarizing issues. R.O. © AudioFile 2017, Portland, Maine [Published: FEBRUARY 2017]