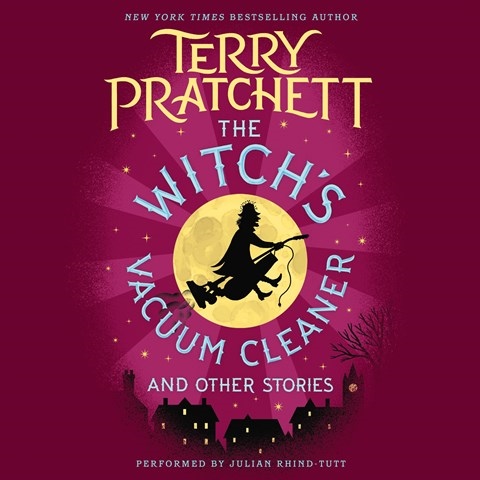 THE WITCH'S VACUUM CLEANER AND OTHER STORIES

Standout English actor Julian Rhind-Tutt narrates these early Terry Pratchett gems with a gentle, timeless, settled-in feel. There are also glee and winks in Rhind-Tutt's voice when he reads about cowboys and trolls, three men in a submarine in a bathtub, and, of course, a witch riding a vacuum cleaner who catches the amorous eye of a local magician. Pratchett was just a 17-year-old cub reporter when he wrote some of these fantasy pieces, and already he was laying down the foundation for a fifty-year career as one of the world's best-loved humorists. A fun collection. B.P. © AudioFile 2017, Portland, Maine [Published: APRIL 2017]