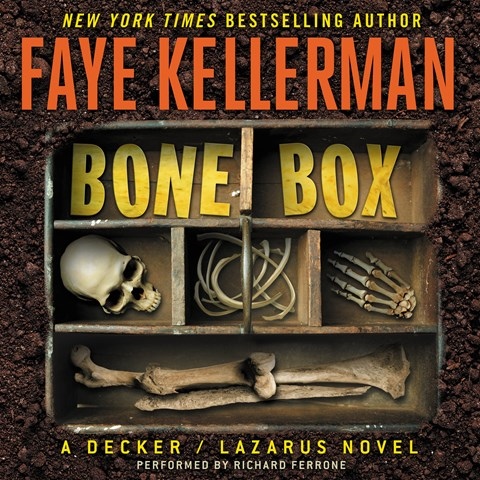 Rina Lazarus's discovery of human bones in the woods leads her husband, Detective Peter Decker, to try to determine the identities of the victim and the killer. Narrator Richard Ferrone uses appropriately softened tones to show the relationship between the couple, and he also captures subtle moments as the main characters interact with minor ones. Though his voices for women could use a bit more differentiation, he does especially well with a whiny college professor and a private bodyguard, whose voices deftly reflect their personalities. As Decker and his former partner chase assorted leads to zero in on the killer, secondary characters from Decker and Lazarus's past slip in and out of the plot, offering fodder for a well-crafted narration. The audiobook is part of the author's running series. M.B. © AudioFile 2017, Portland, Maine [Published: APRIL 2017]