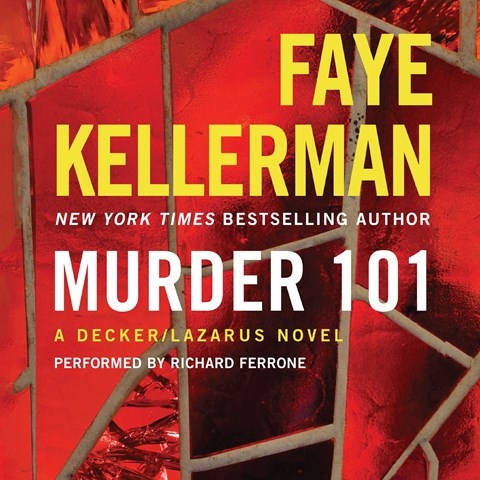 The usually superb Richard Ferrone has done some great narrations in his long career, but his delivery of Kellerman's latest is a miss. And the book itself takes too long to get to the point. Former LAPD detective Peter Decker and his wife, Rina Lazarus, have moved from California to a small town in upstate New York, where he's become a semi-retired police detective. He and Rina investigate the theft of art from a cemetery followed by the murder of a coed at an elite college. Are the two incidents related? Ferrone's narration lacks energy and variety in intonation. It's difficult to distinguish females from males, and he seems to run sentences together. He has excelled in the past in portraying creepy serial killers because of his unusual voice, but his voice and style are inappropriate here. A.L.H. © AudioFile 2014, Portland, Maine [Published: OCTOBER 2014]