Home»Reviews»DUSK OR DARK OR DAWN OR DAY 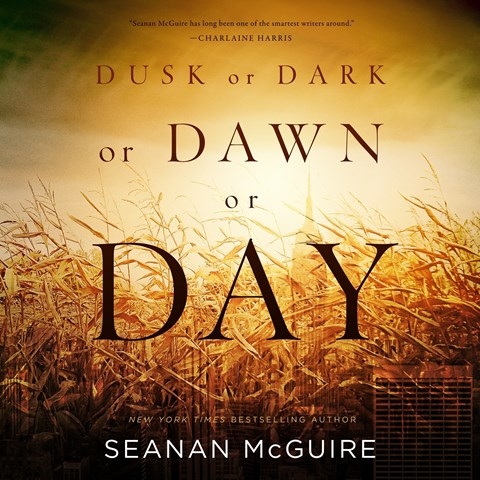 DUSK OR DARK OR DAWN OR DAY

Emily Bauer's narration of this contemporary ghost story is a poignant, pitch-perfect success. When her sister, Patty, died, Jenna blamed herself. And now Jenna herself is dead, but she's still owed time in this world, which she spends by working at a suicide prevention center as a ghost. Then a new, terrible entity begins trapping ghosts and stealing their power. Bauer emphasizes Jenna's earnest, honest humanity, making her isolation and vulnerability painfully clear, and tracing her growing self-assurance as she fights for her chance at redemption. Additionally, Bauer's remarkable ability to shift between various Southern accents and intonations infuses the dialogue with emotional depth and insight, building empathy for each person in Jenna's strange new world, and infusing this beautifully melancholy tale with defiant hope. B.E.K. © AudioFile 2017, Portland, Maine [Published: APRIL 2017]