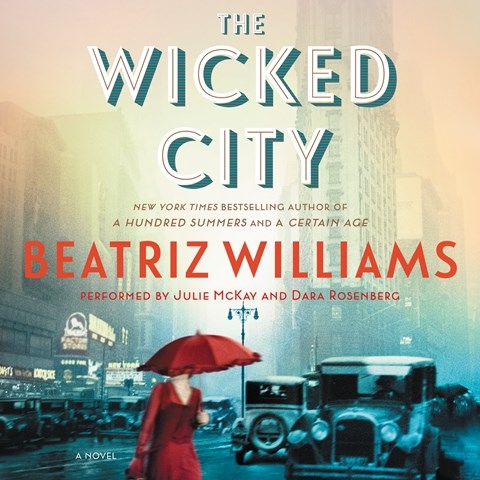 Julie McKay and Dara Rosenberg narrate this story of two women who live in New York City 70 years apart. Dara Rosenberg portrays Gin Kelly, whose city experience takes place during Prohibition. Rosenberg's smoldering twang is reminiscent of the smoke-filled speakeasies that the fast-living Gin frequents. Fast-forward to 1998 and to Ella Gilbert, an accountant, whose life is the exact opposite of Gin's: perfectly ordered, just like her spreadsheet columns. McKay's flat tone reflects Ella's monotonous life--until she moves to an apartment in Greenwich Village that leads to a series of discoveries. Rosenberg and McKay are remarkable performers who deftly deliver all the emotions of these complex characters. Hop on the A train for a powerful ride. E.B. © AudioFile 2017, Portland, Maine [Published: MARCH 2017]