Home»Reviews»THE INEXPLICABLE LOGIC OF MY LIFE 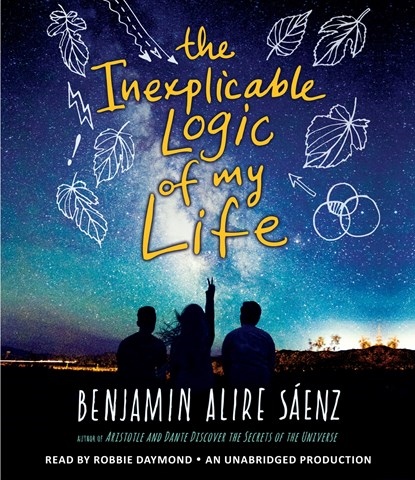 THE INEXPLICABLE LOGIC OF MY LIFE

Narrator Robbie Daymond's soft, calming tone is appropriate for the peaceful world of 17-year-old Sal. Sal's father, Vincente, is a gay Mexican-American who has a thoughtfulness and compassion reminiscent of Atticus Finch's. Vincente has always cared for Sal, having adopted him at age 3, when his mother died. A letter left by his mother leaves Sal wondering about his biological father. Could his genes be the cause of his recent violent tendencies? Or could it be the impending death of his beloved grandmother, or the disasters that have befallen his best friends? Daymond's gentle tones soothe listeners just as Vincente's tenderness calms the troubled waters through which Sal must pass. Daymond's narration, though low-key, gives rounded portraits of all the story's characters and doesn't minimize Sal's heartache or his attempts to control his temper. S.W. Winner of AudioFile Earphones Award © AudioFile 2017, Portland, Maine [Published: FEBRUARY 2017]