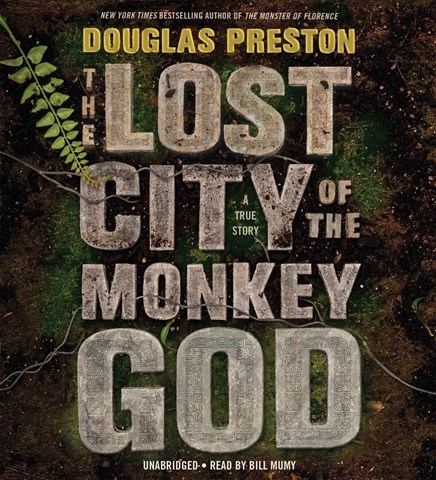 THE LOST CITY OF THE MONKEY GOD A True Story

What could be more tantalizing to archaeologists, scientists, and adventurers than rumors of a fabled White City, the Lost City of the Monkey God, somewhere deep in the jungles of Honduras? Narrator Bill Mumy gives voice to bestselling author Douglas Preston's true-life chronicle of his expedition into one of the most dangerous, inhospitable places on the planet. Mumy keeps the listening intense as Preston details earlier, mostly failed, ventures to find Ciudad Blanca. However, when a cutting-edge technology that can map under the densest rainforest canopy revealed a sprawling metropolis, possibly a lost civilization, Preston and a group of scientist mounted another expedition. Mumy is animated delivering the team's treks through soaking downpours, thigh-high mud, and encounters with deadly venom-spitting vipers and flesh-eating parasites. Exciting listening. S.J.H. © AudioFile 2017, Portland, Maine [Published: FEBRUARY 2017]