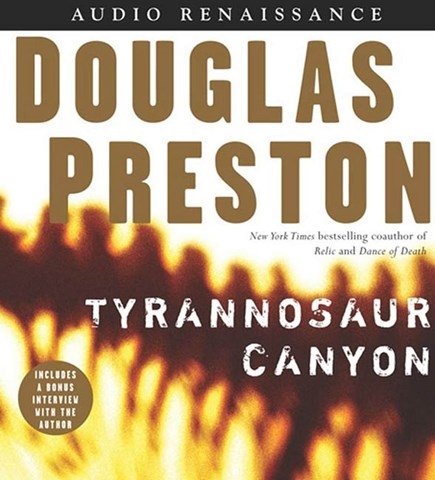 Veterinarian Tom Broadbent is riding horseback through the New Mexico canyons near his home when he comes across a bullet-ridden prospector. With his final breaths the prospector gives Broadbent a notebook and tells him to take it to his daughter, who will know how to find the treasure. Scott Sowers, who read Preston's previous solo work, THE CODEX, trades in his native Virginian accent for a slight Southwestern drawl, adding to the atmosphere of the story. He puts intensity into the characters, especially the single-minded hit man, the obsessed museum curator, and the singular monk, who is full of surprises. Even with such extreme characters, and plot elements that include a complete T-Rex fossil, a lunar rock specimen, and a clandestine "black ops" unit, Sowers reads the story with a gripping yet believable sincerity. Included at the end of this abridgment is an interview with the author. S.E.S. © AudioFile 2005, Portland, Maine [Published: DEC 05/ JAN 06]