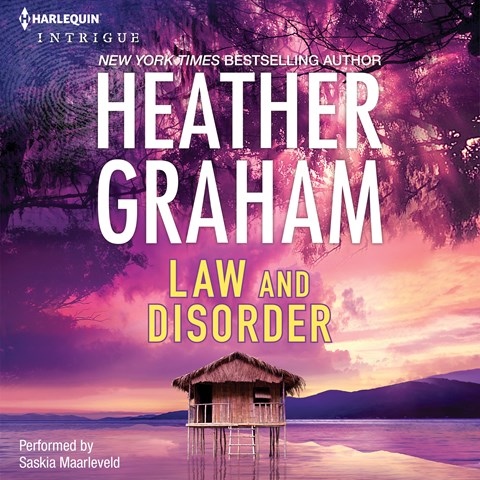 Part mystery and part romance, with a nod to the gangster lore of Miami, this audiobook will not disappoint Heather Graham's fans. Saskia Maarleveld voices main characters Kody Cameron and Nick Connolly in this fast-paced, high-drama story. Kidnapped by a group of criminals dressed as infamous gangsters in search of a hidden treasure, Kody is desperate to escape yet finds herself drawn to one of her captors. That man, Nick Connolly, is a federal agent who has to keep up his cover and protect Kody at the same time. Maarleveld voices Kody with sass, fear, and determination and infuses Nick with intelligence and courage. The mix is satisfying for listeners as the mystery of the hidden treasure is unraveled and Kody and Nick fight to stay safe as they fall in love. K.S.M. © AudioFile 2017, Portland, Maine [Published: JUNE 2017]