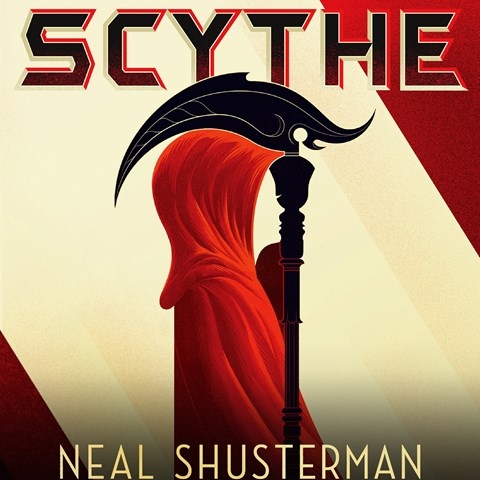 In 2042, death has been eradicated in MidMerica, and scythes control population growth. Narrator Greg Tremblay establishes the background and tone of this futuristic world. The book's chapters are written by these scythes, who reflect their moral codes with the calm tones of cultural anthropologists. Tremblay's more emotional storytelling comes in his depiction of Citra and Rowan, two teens who are unwillingly chosen for scythe apprenticeship. Citra and Rowan become both allies and competitors as each struggles with the role of administering death. Tremblay expresses Citra's infectious curiosity and quick outrage at injustice. He also recounts Rowan's apprenticeship to a cruel scythe and the stunted emotions that he struggles with from that experience. The story's moral dilemmas end with a promise of future challenges in a sequel. S.W. © AudioFile 2017, Portland, Maine [Published: APRIL 2017]