Home»Reviews»THE GIRL WITH THE MAKE-BELIEVE HUSBAND 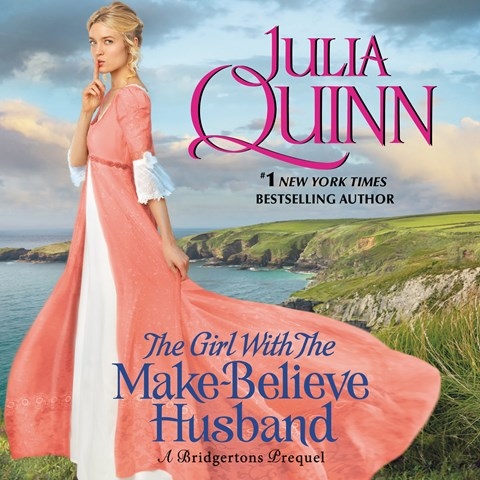 THE GIRL WITH THE MAKE-BELIEVE HUSBAND A Bridgertons Prequel

Listeners get a charming backstory for the popular Bridgertons series. Arriving at a British hospital while searching for her injured brother in New York during the Revolutionary War, Cecilia Harcourt finds her brother's friend, Edward Rokesby, who is also injured. In order to take care of Edward, she lies and says he and she are married. Narrator Rosalyn Landor sweeps the listener into the complicated situation Cecilia now finds herself in. Landor masterfully conveys Cecilia's growing frustration at her fruitless search for brother. As Cecilia and Edward's love grows, Landor draws the listener into the mystery of what happened to Cecilia's brother. Listeners will enjoy the combination of love story and mystery. S.B. © AudioFile 2017, Portland, Maine [Published: JULY 2017]