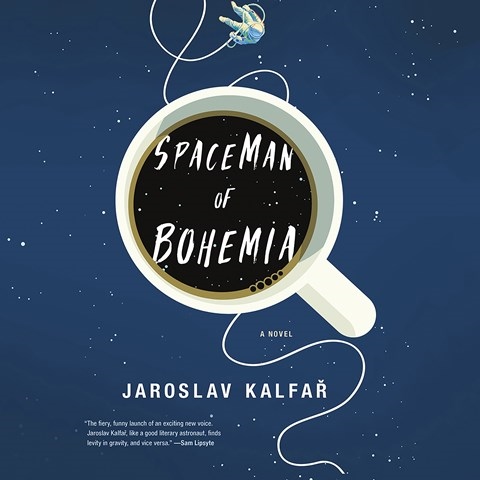 With charm and the urgent delicacy that this poetic first novel demands, British-born narrator Jot Davies deftly delivers this story. A fairy-tale-like Glasnost-era Czech Republic develops a space program and rockets its first astronaut, Jakub Prochazka, on a perilous mission to Venus. As he floats alone in deep space, Jakub's thoughts veer wildly from philosophical ruminations to childhood memories to his longing for his estranged wife. Davies's contemplative voice carries the listener on a singular ride to places where alien spiders and memories of an Iron-Curtained Eastern Europe somehow occupy the same space, proving perhaps that there may be more uncharted territory in the mind than in all the cosmos. Surreal, heartfelt, and vivid. B.P. © AudioFile 2017, Portland, Maine [Published: JUNE 2017]