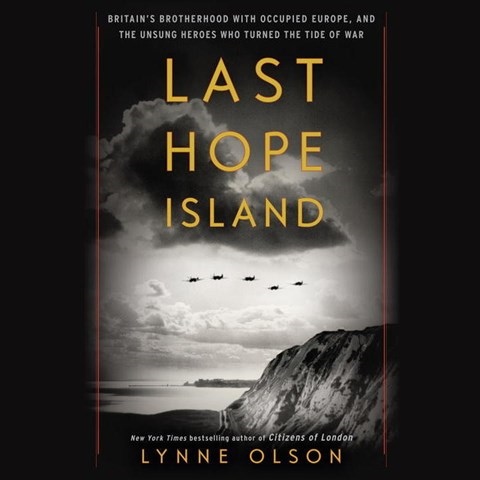 LAST HOPE ISLAND Britain, Occupied Europe, and the Brotherhood That Helped Turn the Tide of War

On the heels of this summer's release of the film DUNKIRK comes an audiobook that tells the story of how Great Britain became the last refuge of European leaders who had lost their countries to the Nazis during WWII. Narrator Arthur Morey approaches this audiobook with an unemotional, no-nonsense voice that doesn't leave room for characters or enthusiastic retellings of political intrigue. He is a poised narrator, reading clearly and concisely, and he makes sure that we can keep track of the many names and incidents relating to the war. Though Morey remains remarkably consistent throughout the work, which results in an audio experience that is easy to follow, he doesn't engage the listener fully in the story, leaving it up to each individual to supply the excitement. R.I.G. © AudioFile 2017, Portland, Maine [Published: SEPTEMBER 2017]