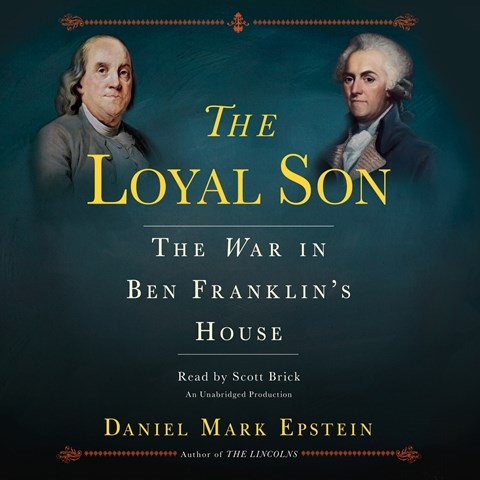 THE LOYAL SON The War in Ben Franklin's House

Politics strained the relationship between Benjamin Franklin and his son William. Benjamin was one of the most influential of the revolutionaries, while his son was New Jersey's governor, loyal to the Crown. Listeners may notice familiar political themes as Scott Brick reads their heated correspondence. Adding to the drama is Brick's excellent handling of the flowery language, both in the Revolutionary War-era letters and in Epstein's writing. The lives of father and son are the stuff of soap opera. Brick gives the story of William's illegitimate birth--and his own fathering of an illegitimate son, in turn--a riveting touch of scandal. The Franklins' lives are a crackling listen as they reveal the passions and divisions of their time. J.A.S. © AudioFile 2017, Portland, Maine [Published: JUNE 2017]