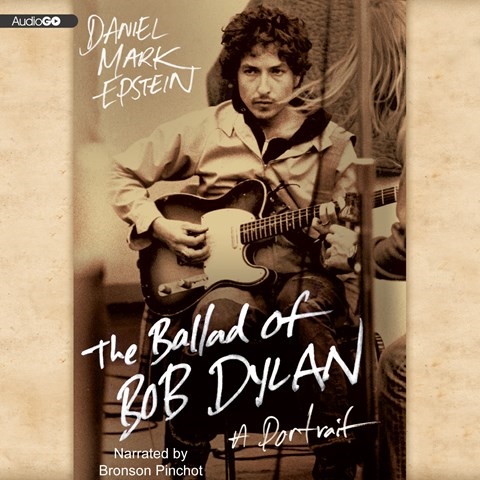 THE BALLAD OF BOB DYLAN A Portrait

Epstein’s book is being hailed as the definitive Dylan reader. Where have we heard that before? While it does shed light on a few longstanding enigmas that have haunted the singer-songwriter—the infamous ’66 motorcycle accident is finally explained in detail, for example—it sometimes overreaches in its attempts to canonize Dylan. This tendency is also reflected in the narration of Bronson Pinchot. His diction is impeccable, but his delivery is as soporific as it is sonorous—maybe because the subject of Dylan often tends to invite a state of awe. Nevertheless, the book is bursting with fascinating anecdotes surrounding such Dylan high-water marks as “The Basement Tapes” and “Blood on the Tracks.” J.S.H. © AudioFile 2011, Portland, Maine [Published: AUGUST 2011]