Home»Reviews»THE GIRL WHO KNEW TOO MUCH 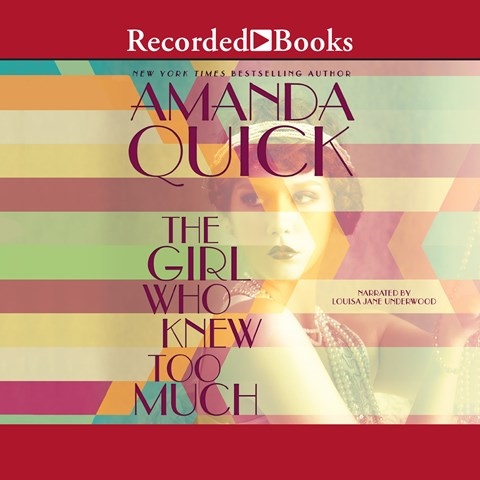 THE GIRL WHO KNEW TOO MUCH

Though her delivery of dialogue is somewhat uneven, narrator Louise Underwood keeps the narrative tension high throughout this snappy historical thriller. In the 1930s, the Burning Cove Hotel is a refuge for California's wealthiest stars--until reporter Irene Glasson discovers a popular actress murdered in the hotel pool. Working with the hotel's enigmatic owner, once-famous magician Oliver Ward, Irene sets out to uncover the killer even as she desperately tries to outrun her own past. Though Underwood switches accents with ease, she often substitutes volume for drama in the dialogue, so Irene and Oliver often sound like they're yelling at each other. Her villains tend to sound more stereotypically slimy than genuinely conniving. Thus, while the story itself is intriguing, the relationships that drive it don't feel genuine. B.E.K. © AudioFile 2017, Portland, Maine [Published: NOVEMBER 2017]