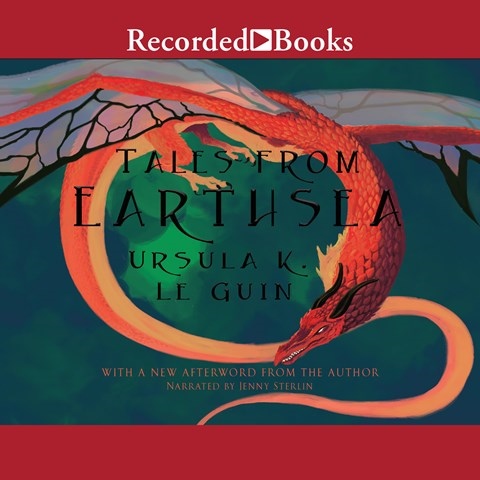 Jenny Sterlin narrates this collection of five short stories from iconic fantasy author Le Guin at an unhurried steady pace. Sterlin is an engaged storyteller who takes in stride the various characters ranging in age and social status. In "Dragonfly," which is about a girl intent on studying magic at a school that has been restricted to young men, Sterlin demonstrates this range with the interaction between the young Dragonfly and the masters, some of whom line up in support of her and others of whom who stand steadfastly against her. The masters are differentiated through a combination of tone, tempo, accents, and timbre but in a general contrast to the youth are weighty and ponderous. J.E.M. © AudioFile 2017, Portland, Maine [Published: SEPTEMBER 2017]