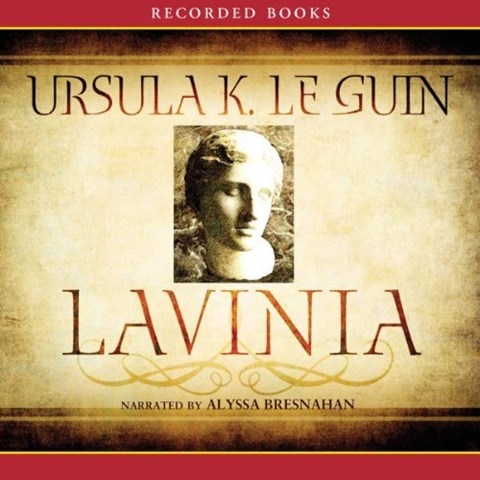 Drawing upon a mere few lines from the AENEID, Le Guin crafts an intricate tale around the character of Lavinia, second wife of Aeneas. Exploring her life on Latinum before Aeneas's arrival, Le Guin’s story shifts focus and significance from the epic hero to Lavinia, illustrating how the politics of her kingdom led her into Aeneas's world. While Le Guin's writing does a good job of creating a believable character, Alyssa Bresnahan's performance gives her life. Bresnahan makes listeners believe they’re listening to a queen who BELONGS in an epic. Bresnahan captures the young Lavinia, utilizing the narrative context to give the character tones that range from reserved and regal to endearing and buoyant. L.E. © AudioFile 2008, Portland, Maine [Published: DECEMBER 2008]