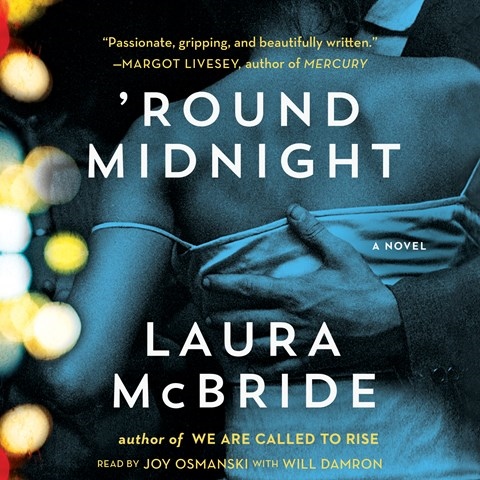 by Laura McBride | Read by Joy Osmanski, Will Damron

Following multiple lives over six decades, this is a story of cultural shifts, the effects of racial prejudice, and family secrets. Joy Osmanski's narration is engaged and easy to listen to. There are times when her narration is uneven and character accents are inconsistent, but she moves the story along at an excellent pace. Will Damron capably narrates a few descriptive paragraphs at the beginning to set the scene. During the '50s, as bombs are explode in Nevada's deserts to entertain Las Vegas tourists, four sets of characters experience the destruction caused by prejudice and social upheaval in their lives. The author skillfully integrates the lives of vivid and realistic characters, bringing them to a satisfying and surprising denouement in the final chapters. L.M.A. © AudioFile 2017, Portland, Maine [Published: JULY 2017]