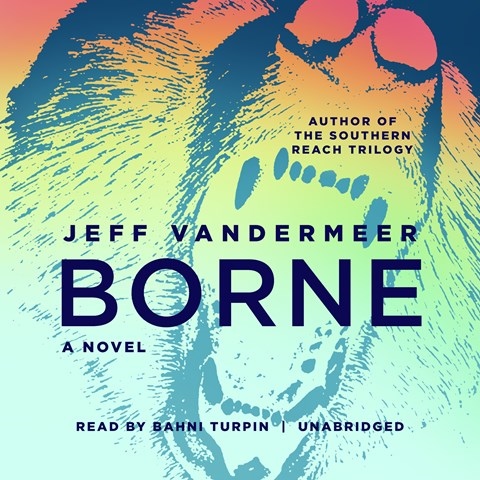 Narrator Bahni Turpin brings a haunting melancholy to VanderMeer's enormous weird world, transforming what initially seems an outlandish dystopian tale into a deeply personal journey. In a ruined and polluted city persecuted by a vicious giant bear, Rachel survives by scavenging--which is how she first discovers "Borne." As Borne begins to grow, move, and learn to speak, Rachel begins to care for him more than she should--especially when the real danger that Borne poses becomes chillingly clear. Though she manages this challenging narrative with aplomb, Turpin doesn't differentiate between characters, so the dialogue can be difficult to follow. She manages, however, to build a palpable and audible bond between Rachel and Borne that makes this story gripping, unsettling, and thoroughly memorable. B.E.K. © AudioFile 2017, Portland, Maine [Published: AUGUST 2017]