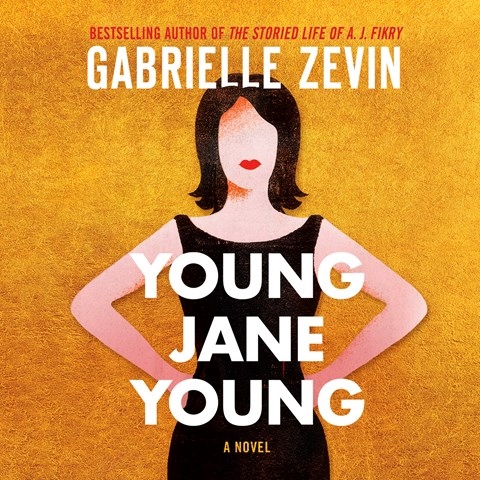 Narrator Karen White animates five perspectives in this story of Aviva, a young intern who has a disastrous affair with a congressman. The story is told by three generations of women, with their narratives advancing the story over 13 years. White excels at using accents, intonations, and emotions to create believable portrayals of primary and secondary characters. With equal aplomb, she portrays Aviva's protective Jewish mother, Aviva herself after she's reinvented herself as the witty Jane Young, Jane's 13-year-old smart yet innocent daughter, and beleaguered Embeth, the congressman's wife. Just as smoothly White transitions between the novel's various literary devices, which include Ruby's emails and a second-person "choose your own adventure" format. White captures relationship dynamics and irony with a light touch that reveals darker themes of sexism and the unforgiving nature of the Internet. S.W. © AudioFile 2017, Portland, Maine [Published: AUGUST 2017]